Your use of the site and services is subject to these policies and terms. LibraryThing All topics Hot topics Book discussions. These would have a distinctive typographic plan and binding, designed by Meynell, and would illustrated by the "best French book illustrators," as chosen by the committee. It is not said where the characteristic binding of fleurs-de-lys patterned linen boards and buckram spine binding was done, but it was in France as well. 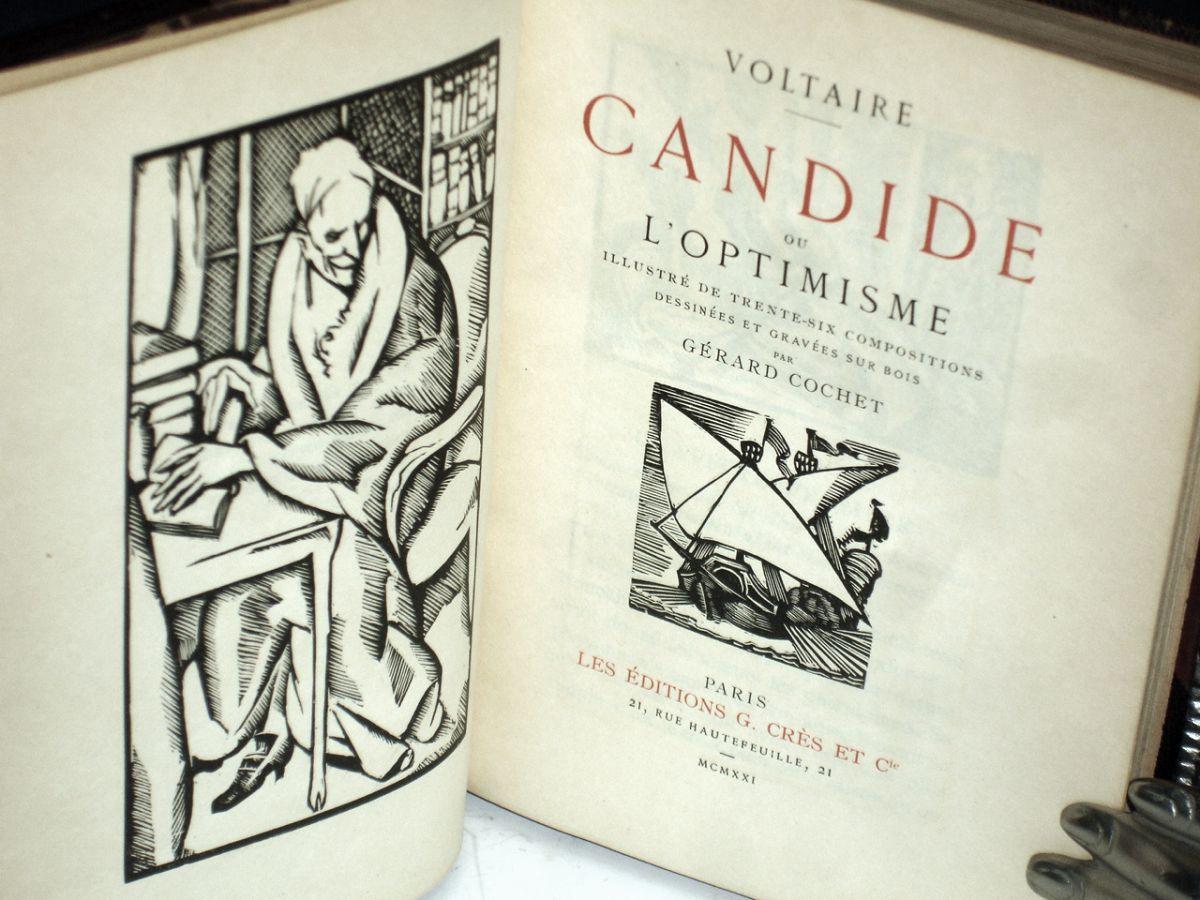 Between planning of the series, and the completion of the first two volumes, World War Two had begun. This not only complicated the production, but made it necessary to change plans. Since by this time it was obvious that more of the books would be sold through Heritage in the US, it was decided that all printing should henceforth take place in the US again, remember that by this time George Macy was really running Nonesuch , though Meynell would continue to design the books in England.

A quote from the Sandglass accompanying Dangerous Acquaintances and Candide gives an interesting insight into those nerve-wracking days: "Transportation to England is difficult enough, transportation to America is far more difficult. Shipped in merchant vessels under convoy, the books have taken weeks to cross the ocean, weeks during which we at the Nonesuch Fellowship have often thought that they must surely be at the bottom of the ocean.

Some interesting statements were: "The binding of The Charterhouse of Parma will be green mine is, in fact olive-green , the binding for The Gods are A-thirst will be yellow mine and every copy I've seen is a more appropriate red , and each succeeding volume will be in a unique color. As a famous Frenchman once said, "the best laid schemes o' mice and men, gang aft agley. This was necessary because the head of the atelier doing the hand-coloring, M. The next book of the series, distributed in July, was entirely printed and bound in the US, The Gods Are A-thirst, for which Jean Oberle did the illustrations and took them to London just ahead of the Occupation of Paris.

The next book, A Woman's Life , sent to subscribers in September, , was again was done entirely in the US and again enlisted the services of Ms. Interestingly, the LEC would issue A Woman's Life in with the same typographic plan, this time using the studio of Walter Fischer to do the pochoir hand coloring, one of the few times when an LEC in essence reissued the same book originally published by the Heritage Press using the same illustrations. Things are getting a little strange by this time as the Sandglass for Germinal lists the Ten Great French Romances again, and lo, Manon Lescaut has dropped off the list and has been replaced by Gautier's Mademoiselle de Maupin!

No explanation for this is given, but the obvious one is--the Heritage Press had already issued Manon Lescaut with a pigskin leather spine and marbled paper boards back in with illustrations by Brissaud and with an original lithograph signed by Brissaud in the copies that were first offered to members of the LEC as a "collector's item" when the Heritage Press was launched. And what of Dignimont's "finished" illustrations for Manon as announced back in ?

Never used anywhere, apparently, and perhaps destroyed during the war. One would love to see them, especially in light of the illustrations I saw once which Dignimont made for Pierre Louys' Petites Scenes Amoureuses--which border on the pornographic, but in a most beautiful and Frenchified way. That's all for tonight--I'll have to finish the story tomorrow.

Thanks for creating this thread! It's an extremely interesting read. I'd heard of the "Great French Romances" series previously, but only in passing, I learnt quite a bit from reading your post. It's a pity Manon Lescaut never saw the light of day, but given that there already was an edition of Manon Lescaut I'm admittedly not unhappy about the decision.

Thank you also for answering my questions on the other thread. I dislike paying more for postage than the actual book. In particular, Penguin Island with the black covers and embossed penguin might just have to be my next purchase. We last left the 10 Great French Romances in November of , with the issuance of Germinal and the simultaneous revision of the list, dropping Manon Lescaut and replacing it with Mademoiselle de Maupin.

Meynell planned the design and printed his specimen pages at the Fanfare Press before war broke out. The book features many beautiful illustrations by Hermine David, who after completing the illustrations in Paris just before the Occupation, "disappeared into a convent," according to an earlier Sandglass. She didn't take orders, this was more of a retreat to a Benedictine abbey in Dourgne, near the southern French city of Toulouse, to where she returned many times until her death in , seeking inspiration while doing her illustrations which became increasingly ones with religious subject matter.


The Princess of Cleves was letterpress-printed in New York at the printing house of Leo Hart, and once more the delicate hand-coloring was done at Charlize Brakely's studio. The series binding of buckram and fleurs-de-lys was utilized. My copy is a light brown, and as far as I know this was the only printing of this particular work by Heritage or Nonesuch and no LEC edition until the Norwalk, CT incarnation of the Heritage Press issued it in not utilizing the series binding.

Parenthetically, I have to say I can't understand its ommission from the original list as it is a much more compelling novel than Manon Lescaut.

By now the original plan announced in is really having difficulties--mostly due to the war. Mademoiselle de Maupin is not designed by Francis Meynell who was probably spending a fair amount of time in dodging into air raid shelters but by American George Salter who was born a German and whose design for the cover of Berlin Alexanderplatz in was a revelation in its time.

The illustrations--and racy ones they are! The binding utilized the same pattern as the previous books, this time blue buckram and cream and blue fleurs-de-lys boards. The Sandglass says M. The rubber plates were done by Herbert Rau. Are they as good as hand-colored using stencils? I don't know, but they are truly wonderful and match any of the hand-colored ones in the series.

The series binding is used only "Nonesuch" appears on the red buckram spine--not "Heritage". It isn't until February, that Madame Bovary appears. As you remember, Pierre Brissaud had elected to do Bovary and was "nearing completion" when the series was announced in The Monthly Letter continues: "But by the time M. Brissaud finished his illustrations, the Nazis had marched into Paris and the Nonesuch Press had lost contact, with M.

This was despite the fact that Madame Bovary had been previously issued by the LEC in , with illustrations by Gunther Boehmer I've never seen a copy of this edition. The Monthly Letter then adds a reassuring note: "Now once this edition As I remember, my Heritage edition had the illustrations reproduced in color--not monochrome. Stendahl's The Charterhouse of Parma brought the series to a close in The series binding features "Heritage" on the olive-green buckram spine, and the title page doesn't mention Nonesuch. Thedesigner of the typographic plan isn't specified in the Sandglass, though it looks very much like Meynell's other designs.

The illustrations are not by Galanis, but by Rafaello Busoni, who had won an international competition sponsored by the LEC in and on the basis of that had already illustrated Stendahl's other novel The Red and the Black for the LEC. What happened to Galanis' illustrations, which were already finished back in ? I haven't found any evidence in my readings, but remembering that Galanis had been commission by the LEC before to illustrate Oedipus the King , and that those illustrations had come a cropper during the Occupation, it's possible an identical fate befell the Stendahl illusrations.

The Busoni illustrations are two-color lithographs and are actual lithographic prints. 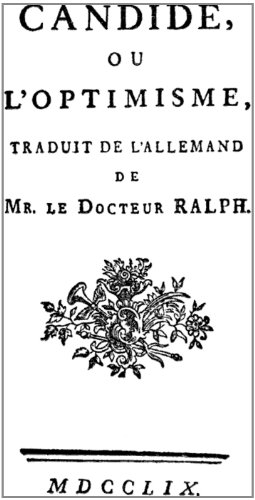 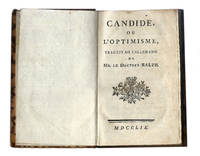